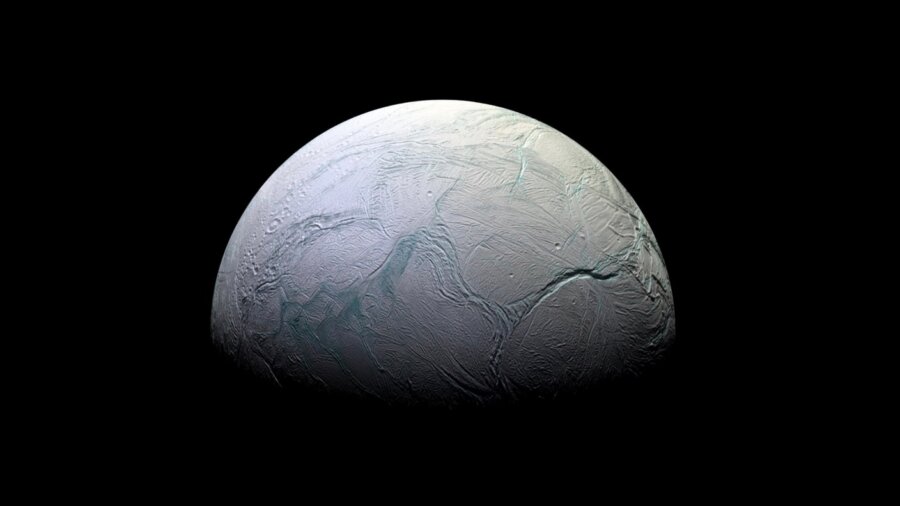 In the search for extraterrestrial life, liquid water is crucial. Life as we know it can’t exist without water. This fact has led scientists to look for twins of our planet around other stars in humanity’s ongoing quest for company in the universe. Twin-Earths would be rocky planets about the size of ours that orbit their stars in the habitable zone—a band of temperatures within which liquid water can exist on a planet’s surface, like it does here.

The latest estimate of the number of Earth-like planets in the galaxy is suitably astronomical, weighing in at a minimum of 300 million potential alien Earths (and maybe a lot more).

But even that number may be a vast underestimate of the number of celestial bodies that can, in theory, support life as we know it. And we need only look to our own solar system to see why: Earth’s surface oceans, it turns out, are the exception to the rule when it comes to liquid water.

Beyond Earth, there’s evidence for seven more oceans in the solar system (and theory suggests there are at least two more). But these are all subsurface oceans, encased in the miles-thick, icy and rocky crusts of outer solar system moons and dwarf planets.

If we learn such interior ocean worlds are as abundant around other stars as they are here, it would boost the number of chances life has had to develop in the galaxy, improve the odds of it surviving over time, and perhaps even explain why we’ve yet to find compelling evidence of other technological civilizations out there.

That’s all according to a pithy report [PDF] presented at the annual Lunar and Planetary Science Conference this week. In the report, S. Alan Stern, a planetary scientist at the Southwest Research Institute, explores the implications of a galaxy full of star systems in which, similar to our own solar system, worlds with oceans below the surface are common.

Keep in mind, the report is an extrapolation of current findings and exploration of their implications. Astronomers are still collecting data on ocean worlds in the solar system and are only beginning to find evidence of possible exomoons orbiting planets in other star systems. It’s similarly early days for measuring the composition of exoplanets, never mind their moons.

That said, given what we know, it’s a fascinating perspective, and if accurate, it could mean our own experience here on Earth is even more of a special case than we realize.

The outer solar system is brimming with water, often as vapor or ice. But we’ve been surprised to discover liquid water not only also exists, but is far more common than expected.

The strongest evidence suggests there are subsurface oceans on Jupiter’s moon Europa and Saturn’s moons Enceladus and Titan. But they may also be present on several other outer solar system moons, such as Callisto, Ganymede, and Triton, and even on the dwarf planet Pluto.

For moons orbiting the gas giants, gravitational energy is in the driver’s seat. As the moons trace elliptical orbits around their planets, varying gravitational forces flex their interiors and produce copious amounts of heat—more than enough, it’s believed, to maintain liquid oceans. In the case of Pluto (and perhaps other Kuiper Belt objects), scientists think radioactive materials in the core keep its oceans warm and liquid.

These interior ocean worlds are some of best places in the solar system to look for life beyond Earth. We already know extremophiles—single-cell organisms living in extreme conditions—thrive around volcanic vents deep in our own oceans, largely cut off from the sun. At minimum, scientists believe that under the right conditions similar life forms could find a toehold on outer solar system moons too.

If the Rest of the Galaxy Looks Like Home

So, what if other star systems are like ours, replete with subsurface oceans on moons and dwarf planets? In his report, Stern suggests interior ocean worlds have several advantages over exterior ocean worlds, and therefore, if they’re common, it’s far less likely we are alone in the universe—but also, it might be a lot harder to prove the case.

Because interior oceans are encased in miles-thick icy and rocky crusts, they’re less dependent on conditions around their host star. This means they can persist far outside external ocean world habitable zones—as we’ve seen in our solar system—and around a wider variety of stellar types. They may not even need a host star at all, Stern writes, and could exist on wandering planets ejected from their systems.

Also, if life were to evolve on an interior ocean world, its home world’s naturally protective shell would shield it from a variety of existential risks faced by life on the surfaces of planets.

These include asteroid and comet impacts, the detonation of nearby supernovae, and dangerous stellar radiation from their host stars. Indeed, such planets would have little need for strong magnetic fields, like Earth’s, to protect them from radiation.

Such conditions could prove ideal for live to evolve and thrive. And this could mean life occurs more frequently and persists longer on interior ocean worlds than on planets with surface oceans. But if life, and more specifically intelligent life, does exist on such worlds—both are still “big ifs” Stern emphasizes—it’d be harder to discover.

“The same protective layer of ice and rock that creates stable environments for life also sequesters that life from easy detection,” Stern said.

For example, scientists aim to probe exoplanet atmospheres for biosignatures in the near future, but such signs of life would be firmly contained within the shells of interior ocean worlds. And whereas Earth leaks our civilization’s radio signals like a sieve, no signals would escape the thick icy and rocky shells of interior ocean worlds. Indeed, Stern speculates, it’s less likely intelligent life that evolves on such worlds would be as aware of the wider universe, communicate with electromagnetic signals, and develop space travel.

All this, of course, depends on how common interior ocean worlds are and whether they’re actually capable of hosting life. We’ll likely learn more about both in the coming years.

There are already orbital surveys of the surfaces of Europa and Enceladus in the works. Further afield, scientists hope to send landers to these moons too and more directly sample the oceans below. And although detecting exomoons is still a challenge, more sensitive instruments and creative new methods may, in the future, yield insight into how frequently they occur and what they’re made of.

In the interim, however, it’s fascinating to speculate how life might develop in environments so alien to our own.

Asteroid and comet impacts, for instance, have exerted a huge influence over the evolutionary paths of life on our planet. And for humans, the motions of the sun, moon, planets, and stars have inspired mythologies, physics, the theory of gravity, and overall, a greater understanding of our place in the universe. What if this window on the cosmos were closed to us? What stories would we tell then?